When National Grid started work in 2018 on its Dorset Visual Impact Provision (VIP) project just outside Dorchester, no-one could have imagined that 20 months later the team of more than 25 archaeologists would have uncovered a rich palimpsest of human presence in the area dating back 6,000 years.

With the archaeology now concluded and the engineering work which will enhance the landscape in full flow, throughout June 2021 we organised a series of webinars to give a taster of the fantastic findings and what they mean.

Led by National Grid’s team including Lead Project Manager, Paul Hamnett, and Project Engineer, Aimee Tavana, together with John Boothroyd of Oxford Archaeology, each webinar focused on a different period in history and featured a contribution from one of the many stakeholders who made the project possible, including Historic England, the Dorset AONB Partnership, and the Dorset County Archaeologist.

We would like to thank everyone who registered to attend and are very grateful for all of the many questions that were submitted during each session.

A recording of each of these webinars are available to view below. If you have any questions or feedback, please email us at visualimpact@nationalgrid.com

Excavations along the route of the Dorset VIP scheme have provided a fantastic opportunity to enhance our understanding of one of the richest Prehistoric landscapes in the country. Over the course of the project evidence for life and death during the Neolithic (4000-2500BC) and Bronze Age (2500-800BC) has been uncovered, ranging from funerary monuments to stock enclosures. 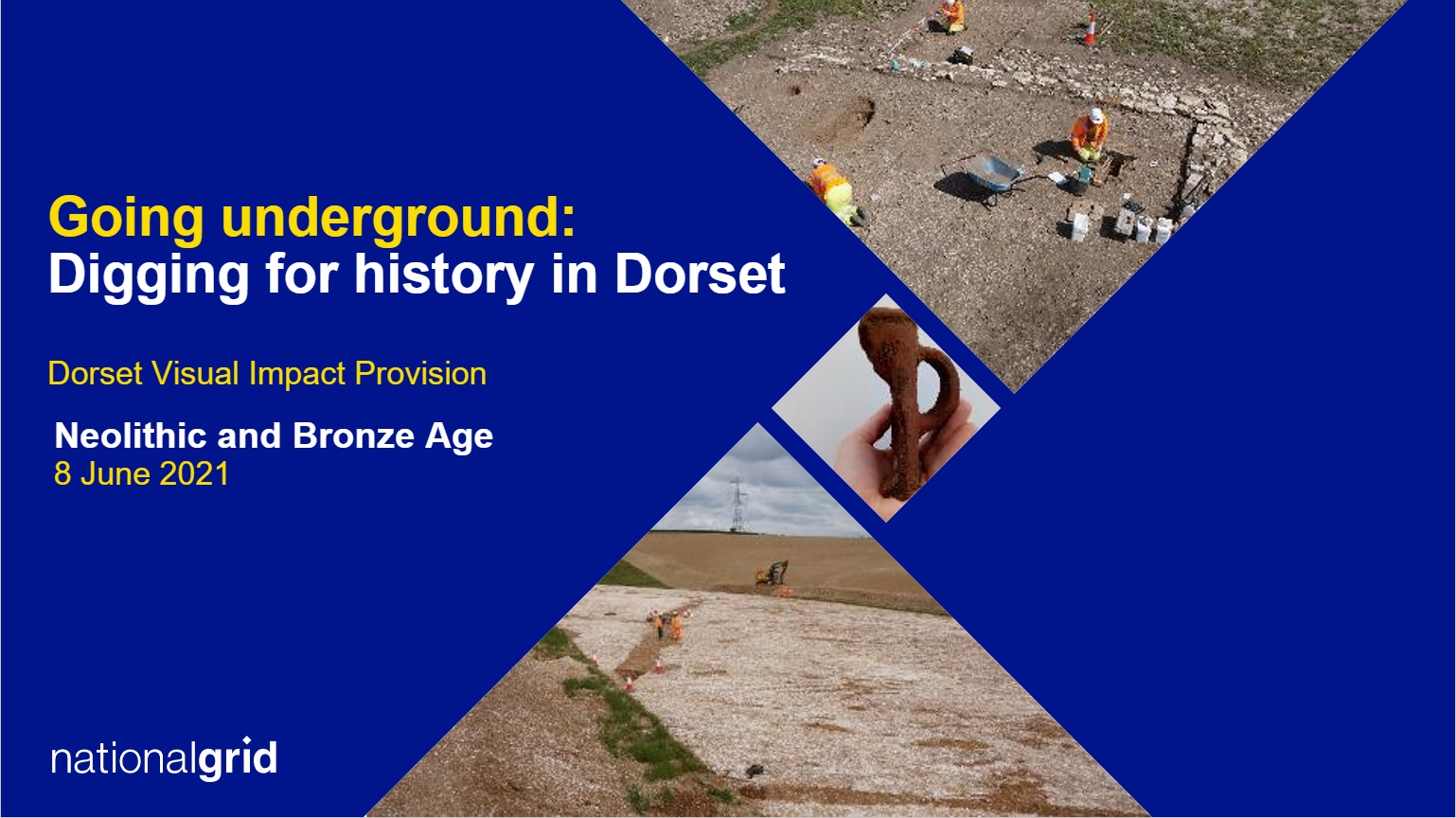 Works have uncovered remains of a small Roman settlement comprising stone buildings with evidence for crop processing and aggregate extraction, along with the remains of a few of the inhabitants. 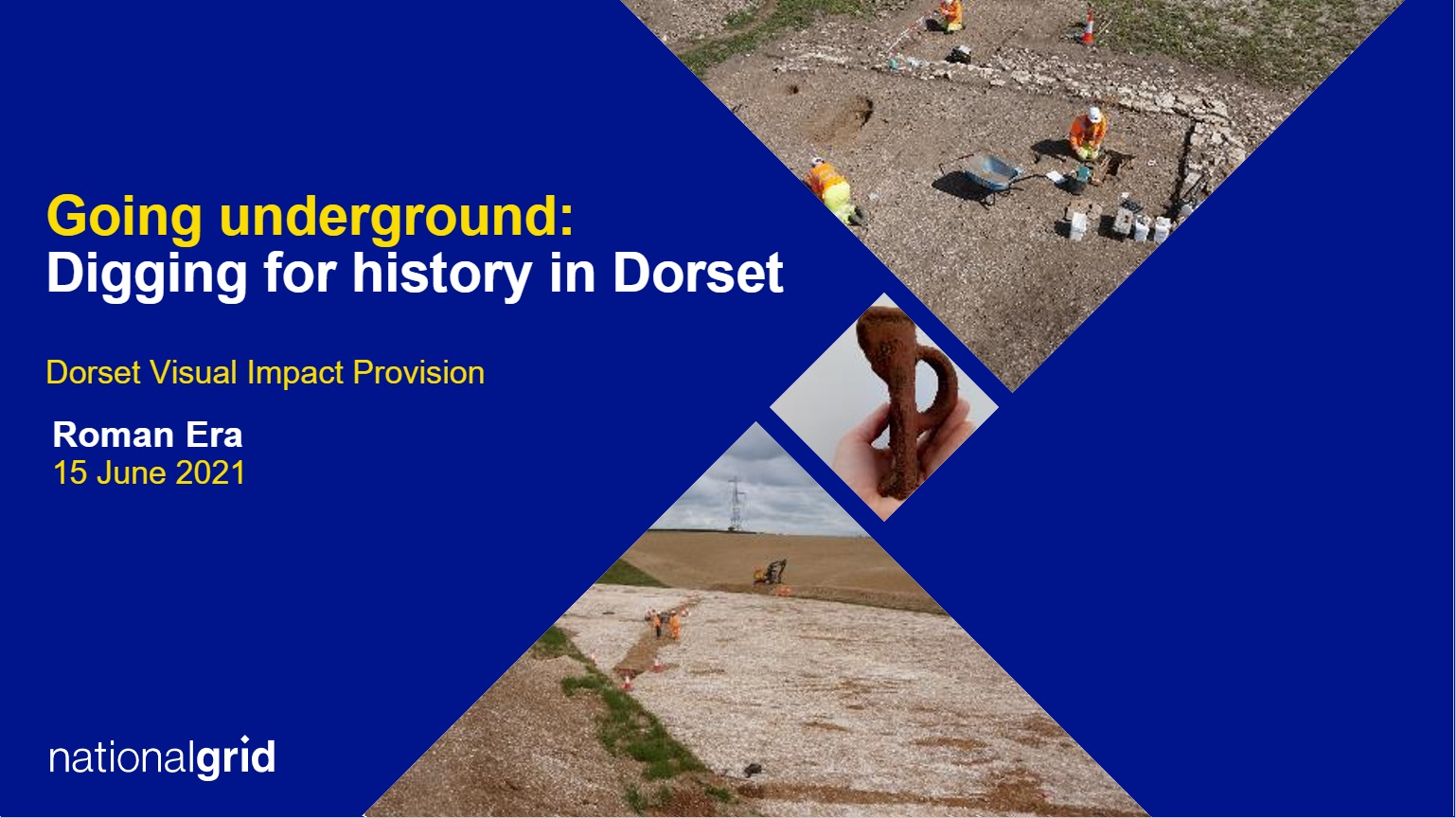 The Saxons arrived in west Dorset around the end of the 7th century and the excavation of large cemetery dating to the early-mid 8th century has provided a fantastic insight into the population of the area at this time. Evidence of later Medieval activity was also noted within the scheme and sheds light the agricultural landscape we see today. 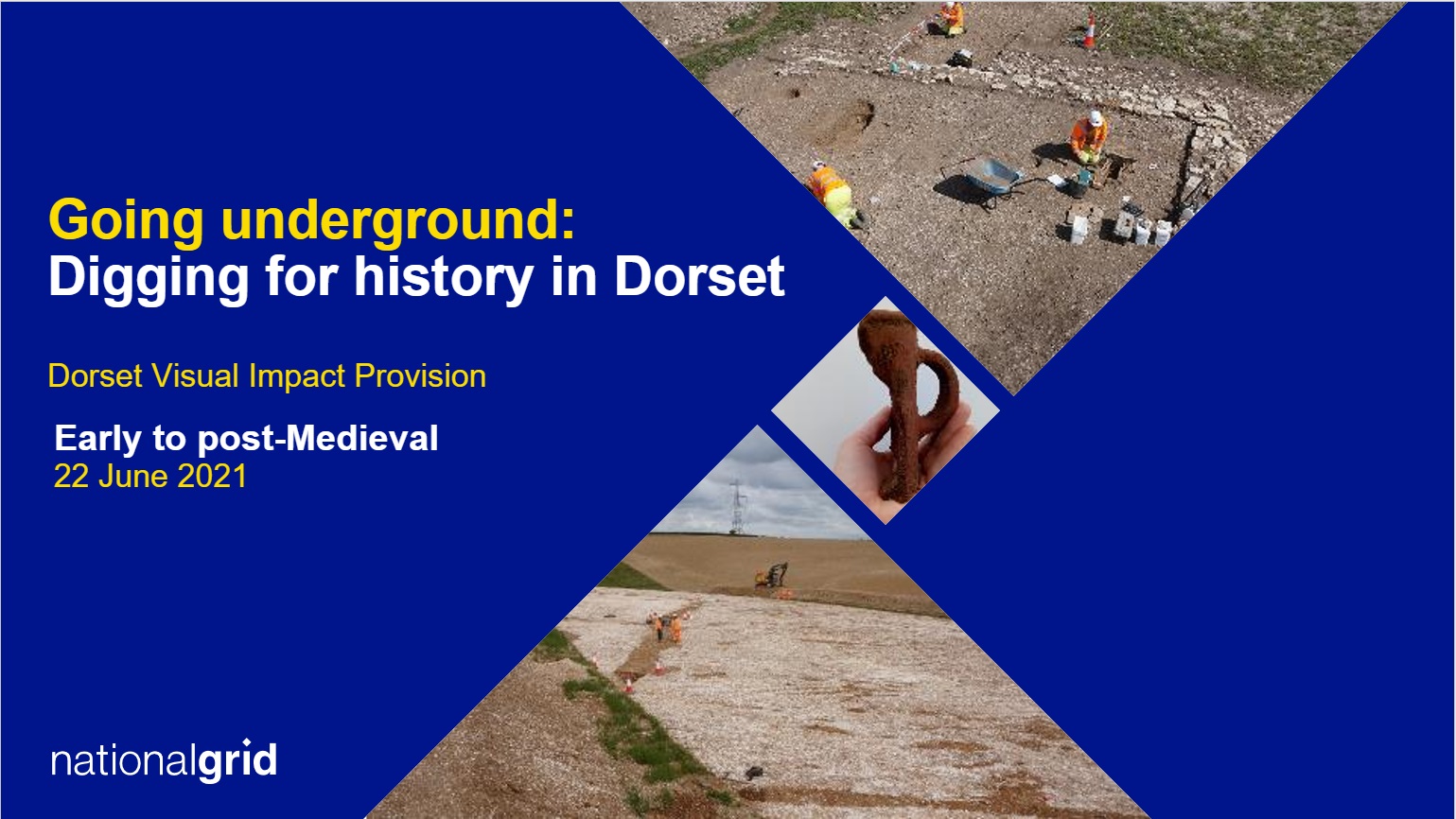